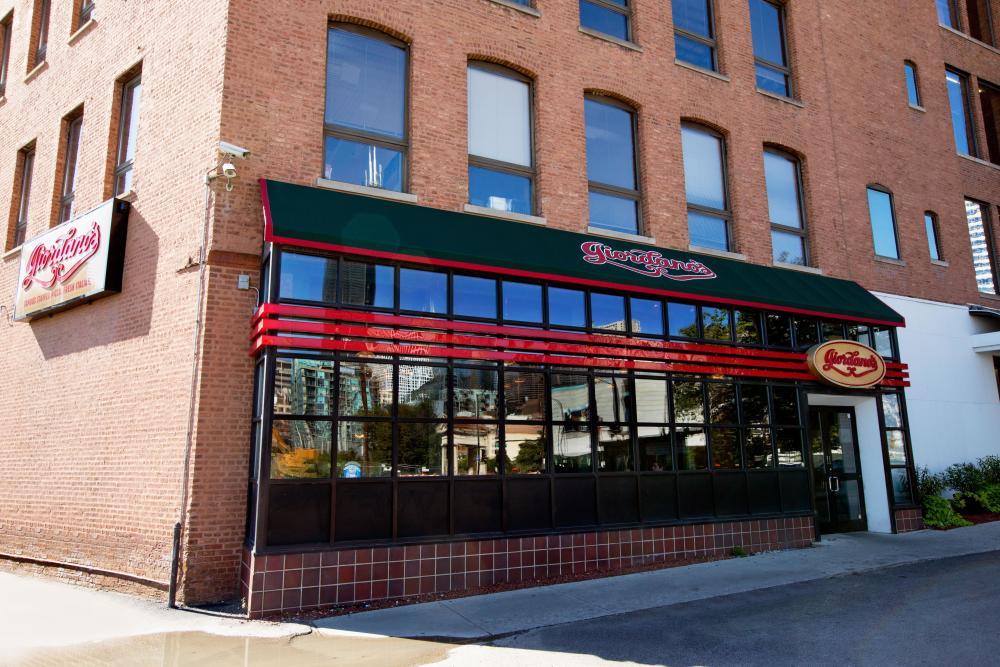 What better way to start a night at the United Center or end a trip to the UIC campus than with a trip to Giordano’s? Will a full bar, dining room and private room, we have your needs covered! Prefer eating in? Take advantage of convenient online ordering, and request pickup or delivery.

At our McCormick/Greektown Giordano's location in Chicago, IL, we're so glad we became a part of your community. We love being a part of everything this neighborhood has to offer the people who live here.

About McCormick/Greektown in Chicago, IL

Like many communities in the area, Native Americans were the first inhabitants of present-day Chicago. The first non-native settler to the area, Jean Baptiste Point du Sable, arrived in the 1780s and is considered the founder of Chicago.

Then, in 1829, the Illinois legislature hired James Thompson to help build the city. He surveyed the land and designed a plan for the town. During that time, there were fewer than 100 people living in the area. Chicago was incorporated as a town in 1833 and then reincorporated as a city in 1837. Today, more than 2.7 million residents call Chicago home.

Greektown is one of the neighborhoods in the larger Near West Side community area of Chicago. As its name suggests, the region once had a large population of Greek residents. Those residents have since moved throughout the city and into the suburbs, and Greektown is now known as a popular dining and nightlife district.

There's something for every member of your family in Greektown, whatever your interests may be. Consider planning a visit to one of these local attractions:

Best Places to Eat in McCormick/Greektown in Chicago, IL

When in Greektown, you get great food! When you're craving delicious deep dish pizza in McCormick/Greektown in Chicago, IL, we hope you stop into Giordano's!

The best deep dish pizzas, carefully and tenderly crafted — since 1974, only Giordano’s has built the artisan pizzas for which we’re famous. At Giordano’s, we’re proud of our reputation as the best pizza place in Chicago and the surrounding areas. We’re more than pizza, we’re an experience customers return for again and again

If you’re looking for the best deep dish pizza delivery and restaurant that blends our old world heritage with your family’s favorite traditions, welcome to Giordano’s!

It’s All About Craftsmanship Artisanal and local dining is the latest rage in the hottest restaurants in Chicago, but at Giordano’s, it’s a way of life. For over 40 years we’ve used no fewer than 6 pizza artisans to handcraft each and every pie we build. With a double crust that’s as flaky as pie and Wisconsin mozzarella made just for us — plus the fresh toppings you love that we layer in with expertise — there is no pizza on Earth quite like Giordano’s.

Our pizzas are so delicious that each is a meal in and of itself, but if you’re not in the mood for one of our mouth-watering pies, sample a selection from our menu! We have savory pastas, specialty Italian sandwiches and the freshest salads, in addition to several gluten-free menu options. Just ask to see our full menu!