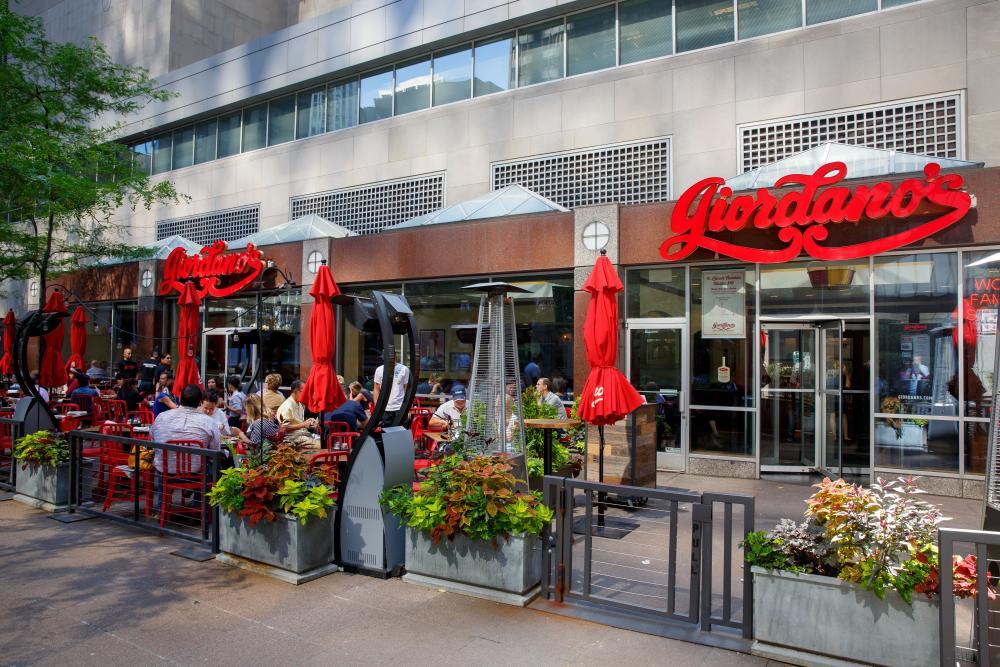 You’ll love the atmosphere at Giordano’s! Stop by our restaurant, enjoy a drink from our full bar and relax in the dining room or on the patio. You can also order online and take advantage of convenient pickup or delivery options.

Our Millennium Park Giordano's location in Chicago, IL, gives you the best pizza around. Millennium Park is a big tourist attraction, but it's also the place you call home.

About Millennium Park in Chicago, IL

Millennium Park is one of Chicago's most popular tourist destinations, second only to the Navy Pier. Plans to build Millennium Park were announced in 1998, and the project was finished in 2004. Millenium Park is part of the larger Grant Park, a 319-acre space known as the "front lawn" of downtown Chicago.

Millennium Park houses some of Chicago's most famous sites. Even though it's a well-known tourist attraction, the Park has tons of activities that are fun for the entire family. No matter what your interests are, you should plan a trip to Millennium Park and check out some of these spots:

Best Places to Eat in Millennium Park in Chicago, IL

Chicago is a great city for foodies. You can find traditional and modern eats, as well as many different cuisines from around the world. When you are in the mood for delicious deep dish pizza in Millennium Park in Chicago, IL, we hope you choose Giordano's!

Prudential Plaza. The Art Institute. Aon Center and The Bean. When it comes to famous Chicago institutions, the attractions near Millennium Park are second to none — and when you’re looking for the best Chicago-style pizza in town, no place can beat Giordano’s! Our Prudential Plaza location is convenient to popular neighborhood landmarks such as the Harris Theatre, the Metra Train Station and the Millennium Park Plaza Hotel. Don’t settle for second best. Come experience Giordano’s instead!

Giordano’s Is Not Just Pizza Go to any pizza place in town, and you’ll find so-so pies made with so-so skills. Take one mouthwatering bite of a Giordano’s stuffed double-crust pie, and you’ll see why we’ve been the best pizza place in Chicago since 1974! It takes six artisans to layer each pizza we make with the most flavorful ingredients. Our pies feature the fluffiest mozzarella — made exclusively for us on a small Wisconsin farm — and the ripest, reddest tomatoes, tenderly placed alongside the richest meats and vegetables. Discover our slow-baked pies and see for yourself why Giordano’s is the best pizza delivery and restaurant in Chicago!

Giordano’s is more than just a restaurant, and our menu is more than just pizza. Check out our selections of the heartiest Italian sandwiches, the freshest salads, savory pastas and zesty appetizers! If you’re going gluten-free, we have mouthwatering options for you, too!