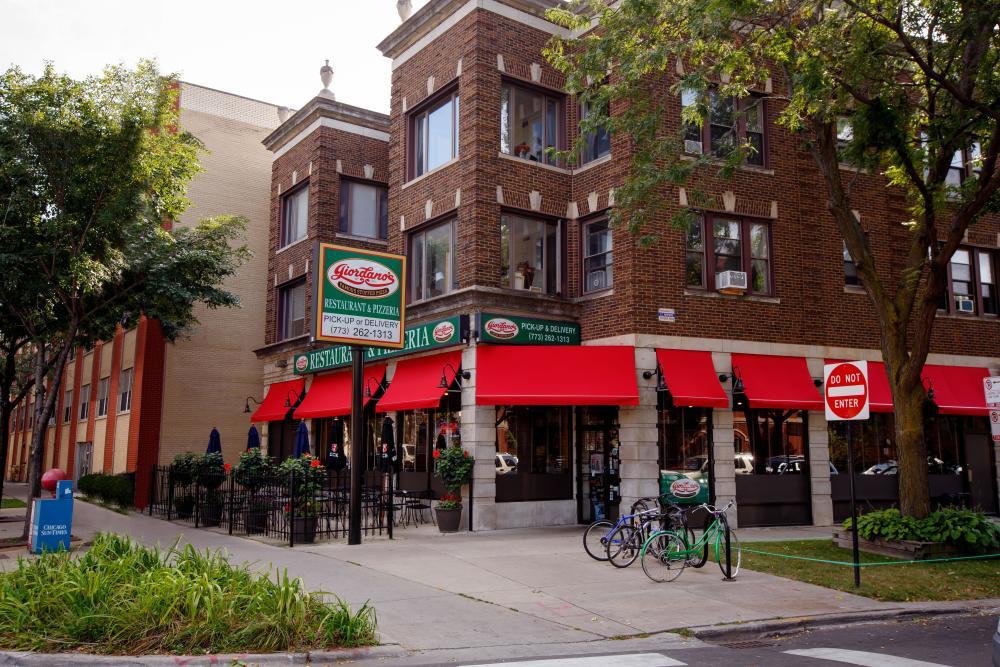 Why order out when you could stop by our dining room with full bar? Prefer eating in? Order online and request pickup or delivery instead.

Our Rogers Park (Sheridan) Giordano's location in Chicago, IL, sees everything this neighborhood has to offer. We love being a part of the community you call home.

About Rogers Park in Chicago, IL

The first non-native settler in Chicago was Jean Baptiste Point du Sable, who is considered the founder of Chicago. However, like many other present-day communities in the Chicago area, Native Americans occupied the area long before American settlers.

Native and non-native people lived together in the area until after the end of the War of 1812. Indigenous peoples had to give up their land because of the Treaty of St. Louis. The Illinois state government hired James Thompson in 1829 to survey and design Chicago. At that time, fewer than 100 people lived there. Chicago was incorporated as a town in 1833, and later as a city in 1837. The metropolis is now home to more than 2.7 million people.

Rogers Park was named after Phillips Rogers, a trader who settled in the area in the early 1800s. The neighborhood is on Chicago's Far North Side and sits right on the shores of Lake Michigan. Families, young professionals and students alike all call this diverse neighborhood home.

Whatever your family loves to do, you can find it in Rogers Park. Plan a visit to some of these attractions right in your neighborhood, such as:

Best Places to Eat in Rogers Park in Chicago, IL

Rogers Park has delicious eats. If you're looking for great deep dish pizza in Rogers Park in Chicago, IL, we hope you choose Giordano's!

When it comes to the best Chicago-style pizza in town, no other restaurant can match the heritage, craftsmanship or traditions of Giordano’s! We’re the best pizza place in Chicago because our artisans carefully construct each pie with the best ingredients, and then slow-bake it to a flaky perfection. Now you can enjoy the taste of Giordano’s at our convenient Rogers Park location. Every Pie, Tenderly Built At Giordano’s, we’re so much more than just the best pizza delivery and restaurant in town. We’re a cherished Chicago tradition that has kept customers coming back for over 40 years. We build layer upon layer of delicious vegetables and meats over the flakiest pie crust, topping it with fluffy mozzarella made just for us on a small Wisconsin farm. Try one bite of our slow-baked pizza, and we think you’ll agree! Don’t forget to check out our full menu. We have outstanding pastas, fresh salads, hearty sandwiches and delectable appetizers. If you’re going gluten-free, just ask. We have something for everyone to enjoy!