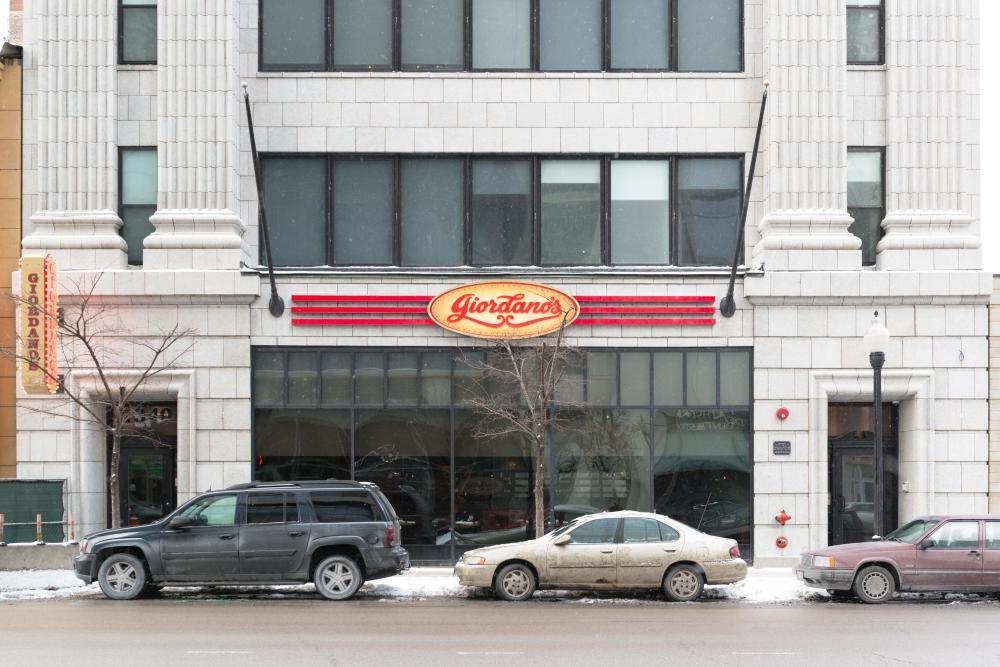 No trip to the South Loop is complete without stopping by Giordano’s. Eat a meal in our dining room featuring a full bar, or you can place an order for pickup or delivery.

Wherever you are in Chicago, you can find a Giordano's close by. Our South Loop Giordano's location in Chicago, IL, has the best deep dish pizza around.

About South Loop in Chicago, IL

Like much of the area, Chicago was initially home to Native American communities. The first non-native settler in Chicago was Jean Baptiste Point du Sable. Native and non-native inhabitants shared the land until the War of 1812. After the war was over, indigenous people had to give land to the United States as stated in the Treaty of St. Louis.

In 1829, the Illinois legislature hired James Thompson to survey and design the town that later became Chicago. At the time, less than 100 people were living there. Chicago was first incorporated as a town in 1833, then as a city in 1837. Today, Chicago is home to more than 2.7 million people.

Chicago is a great city because you're a short walk or ride away from many different attractions. You're sure to find activities the whole family will love right in the South Loop. Consider checking some of these places out:

Best Places to Eat in South Loop in Chicago, IL

Like any city, Chicago has great eats. Whatever you're in the mood for, you can find it in the Soup Loop. When you're craving deep dish pizza in South Loop in Chicago, IL, we hope you head over to Giordano's!

Since 1974, Giordano’s has earned a reputation in Chicago for serving the best deep dish pizza in town. When you come to Giordano’s, you’ll see why we’re not just a restaurant — we’re an experience! Our pizza artisans construct every pie with the delicious ingredients and superior craftsmanship you’ll crave. Just one visit is all it takes to see why Giordano’s has the best Chicago-style pizza in town! Artisanal Pizza You’ll Love Giordano’s stuffed double-crust pizza is more than cheese, sauce and crust. It takes six artisans to assemble our pies, which we slow-bake to the flakiest possible perfection. You’ll love our fresh and flavorful ingredients, which include the reddest and ripest tomatoes topped with mozzarella made only for us on a small Wisconsin farm. Our artisanal pies make us the best pizza delivery in South Loop, but our sandwiches, pastas, salads and appetizers make us the best Italian restaurant, too! Going gluten-free? Ask about our selections — there is something for everyone to love at Giordano’s.