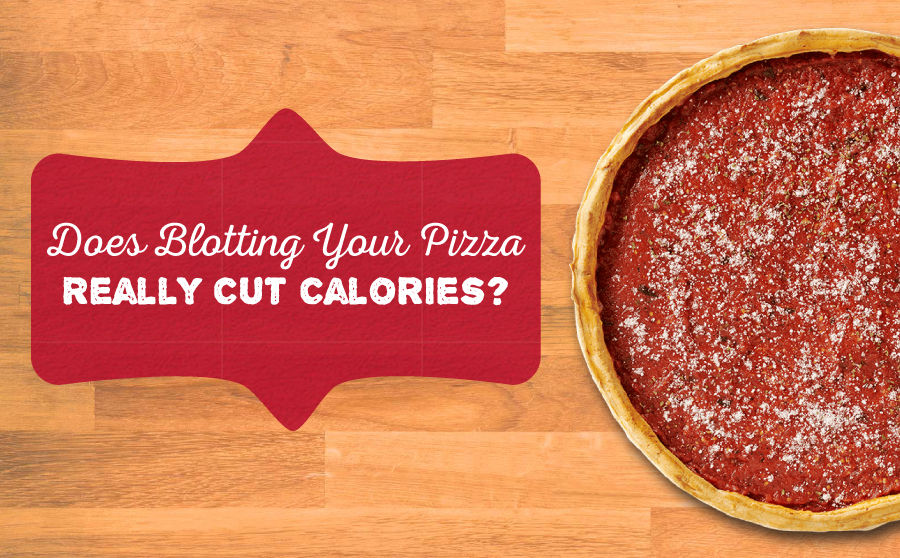 You’re sitting around the living room with your buddies, ready to dig into the boxes of delivery pizza that just arrived fresh and steaming at your front door. When just about everyone starts to chow down on the topping- and cheese-laden slices, the attention slowly turns to the quiet person sitting on the edge of the couch.

One of your buddies brought his new girlfriend to the party, and she’s doing the unthinkable: blotting the grease from the top of her slice. “You’re taking away the best part,” one of your friends says, bringing a flush of color to her face as she sets her greasy napkin aside and pretends like she had been swatting at imaginary flies that were hovering over the pizza.

While you and your friends might have a few moments poking fun, you know deep down there is a question that has been burning inside of you ever since you first saw someone bunch up a paper napkin and go to town on de-greasing a pizza: Is it really worth it?

You’re Not Alone in Your Quest for Answers

The greasy napkin. The soggy paper towel. Whatever you’ve used, does blotting that orange grease off the top of your pizza really save you any calories?

You might have wondered this yourself as you grab one napkin after another to wipe away what might be waist-expanding grease bombs floating on top of cheese, pepperoni and sauce. Is the work really worth the effort? Why not just enjoy your pizza, taking it as it is? It certainly isn’t a salad, let’s not kid anyone.

For those of you who have struggled with this age-old debate over greasy pizza blotting, we’ve done some homework to see if your efforts have been in vain or if you really are saving yourself a boatload of extra calories. If you’re truly saving a lot of calories, you might as well serve yourself an extra slice, right?

Why is Pizza So Greasy?

The glistening grease that often floats on top of pizzas wasn’t just dumped on top by someone in the back of the kitchen. Most of the time, grease is a result of the ingredients cooking in the oven and the heat expelling the fat that’s hidden in cheese, pepperoni, sausage and other meat products.

If you order a veggie-loaded pizza, you certainly won’t notice as much grease compared to a pizza covered in extra cheese and meat. So if you’re looking for a natural first step in cutting grease, you might want to cut the grease culprits.

That’s not to say you won’t find any grease in your pizza if you cover it in peppers, mushrooms and other less-than-greasy toppings. There’s oil in the crust, oil in the sauce, and oil in any amount of cheese, even if you opt for a low-fat version.

Not All Fat Is Bad

Even if you’re trying to cut back on excess fat, you don’t want a fat-free pizza. For one, it’s probably impossible to create such a thing. Secondly, not all fat is bad, and we’re going to tell you why:

Have you ever wondered why French fries, cheese, ice cream and other treats taste so good? In addition to other yummy ingredients, such as sugar, many of these less-than-healthy snacks have fat in them. That’s why frozen yogurt is often healthier for you than ice cream — it doesn’t have the fat content you’d find in the more traditional ice cream recipe.

In pizza, fat is found in a few different things. It’s in the crust, adding that beautiful, flaky flavor we all know and love. It’s in the cheese, making it melt to a delicate, stretchy consistency that’s iconic of Giordano’s pizza. It’s also in the sauce, bringing out the flavors of the tomatoes, herbs and seasonings. Fat provides what those in the culinary world call a “mouth feel.” It makes sauces smooth, dough rich and cheese delectable.

Have you ever tried to diet by cutting out fatty foods? Ever notice how hungry you are? The Mayo Clinic reports that fats found in nuts, seeds and oils can help keep us fuller and more satisfied throughout the day. A diet stripped of fat can leave you feeling tired and lifeless. That doesn’t sound like the kind of diet that includes pizza. 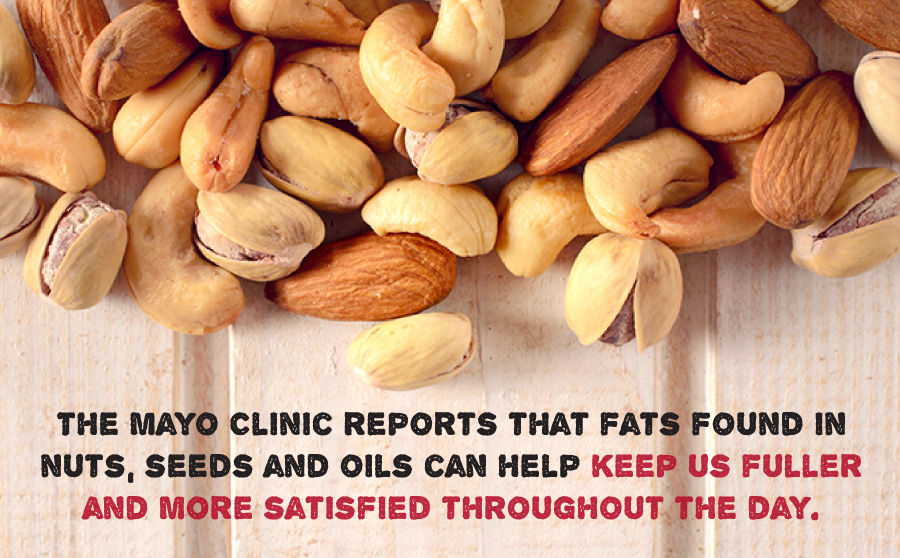 Healthy fats can be a great way to make your hair shiny and your nails stronger, and keep your skin from drying out. Olive oil, loved by Italians who gobble up pizza like they were born to eat it, is often seen as a healthy fat loaded with good-for-you-nutrients.

The Controversy of Blotting Pizza

It’s tough to find a true pizza lover who will admit they blot that slice of dough. Maybe you’re a New Yorker who folds a slice and lets the pizza grease drip down between your fingers. Or perhaps you tend to go for the Chicago deep dish, which requires shoveling sometimes grease-filled forkfuls of pizza into your mouth. Whatever your style of pizza, it can be tough to admit blotting pizza grease could be a healthy alternative to your monthly, weekly or daily pizza fix. (We’re not judging how often you eat pizza. Because, really, is every meal too often?)

If you’ve ever seen the 2004 film Along Came Polly, you might recall the scene where Ben Stiller and Philip Seymour Hoffman are in the New York pizza shop. When Hoffman sees Stiller blotting his pizza, he grabs the slice and lets the grease drip onto his own pizza, even giving it a little squeeze as not to waste a single bit.

That’s how serious some pizza lovers are about pizza grease:

Like Hoffman’s character, some pizza connoisseurs might scoff at the very suggestion of blotting the grease off the top. Isn’t that grease part of the magic of delicious pizza making? How can you separate the grease from the pizza and still call it pizza?

To those people, we hear where you’re coming from. We understand that the very concept of saving a few calories on pizza is nothing short of blasphemy. But we also see the quietly raised hands of pizza lovers around the world who want to keep eating the pizza they love, but without the guilt of knowing they could be eating something healthier.

Those who commit to a healthy lifestyle, after all, shouldn’t feel guilty in the occasional splurge of a pizza slice. We all need to know the joy of something as tasty as pizza. And if we can help our fellow dieting man enjoy one slice without feeling too guilty, then we’re going to do it.

Is Blotting Your Pizza Worth the Work?

Blotting oily pizza takes about 10 seconds from start to finish. Here’s how to do it properly:

You also want to avoid placing that greasy napkin on your lap, letting it touch your clothes, or tossing it on the floor as if to ask someone to break their leg if they slip on it. A greasy napkin is almost more dangerous than a greasy slice of pizza, in some minds, and you have to handle the greasy remnants with care. If you didn’t feel it was safe to consume the grease, it likely isn’t safe to let it sit, soaked in an unattended napkin. Make sure it gets disposed of properly.

When all is said and done, blotting your oily pizza doesn’t take more than a few precious moments away from your dining experience. The work, it would seem, is fairly easy, and just about anyone could get the job done. So how much are those napkins and simple seconds spent blotting worth to you?

Does Blotting Pizza Make It Healthier?

We’re starting to get to the heart of the pizza grease blotting controversy now. If you’re going to deny yourself a little extra pizza grease, and you’re willing to put in the work to do the job, you’re probably wondering if it’s even doing anything.

In short, it sure is. While that grease floating on top of your slice might not look like much, it could be adding about 2 pounds a year to your waistline. 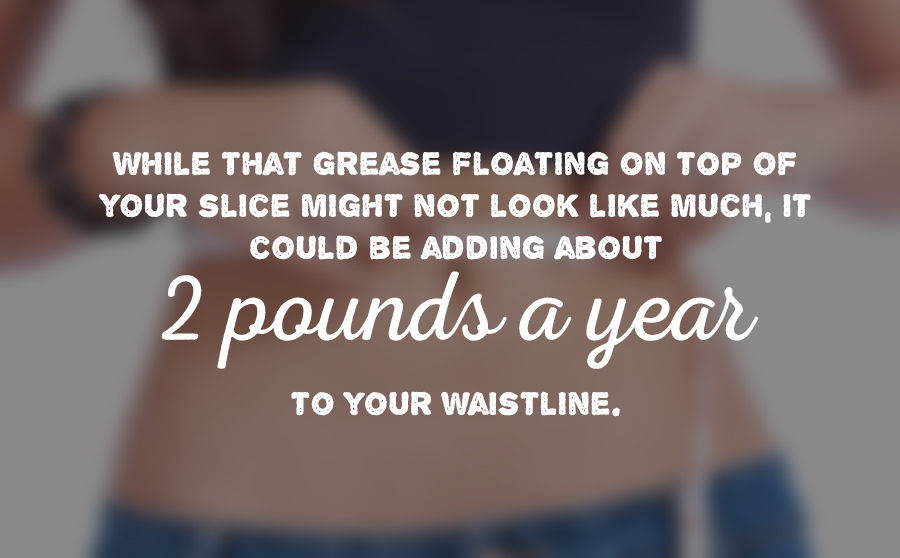 Who Says What About the Science Behind Blotting Pizza

While no two pizzas are the same, LabDoor Magazine tried to solve this pizza lovers question with a scientific study. If one slice of pizza has 324 calories, 117 of those from fat, giving that pizza a little TLC with some napkin blotting means it could cut down to just 76.5 calories from fat per slice. That’s an extra 20 slices of pizza you could be eating a year, LabDoor reports.

Ted Allen, host of Food Network’s Food Detectives, says that blotting the oil from a slice of pizza could save about 35 calories per slice, or 3.5 grams of oil. 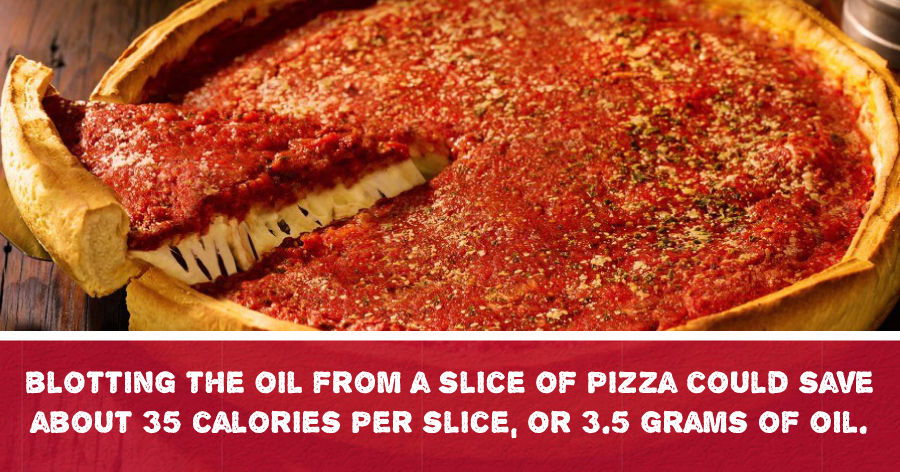 Dr. Sanjay Gupta tackled this topic in one of CNN’s healthy living blog posts, and he reports blotting pizza grease can save anywhere from 20 to 50 calories a slice. He also suggests asking the pizza shop to cut slices even smaller, so you’re eating fewer calories with each slice but it feels as if you’re eating more. Having a salad on the side also might help fill you up on something other than dough and cheese. But even the good doctor admits taking the cheese off of pizza to save calories is going too far.

Thank goodness. That was starting to make us nervous.

What’s the Motivation Behind Pizza Blotting?

To really dig deep into the science behind blotting your pizza, Buzzfeed went above and beyond the call of duty to find that some of the earliest data on fat-saving pizza-blotting practices was discovered 15 years ago by the George-Pacific Health Smart Institute. In that study, it was discovered up to 17 percent of a pizza’s saturated fat could be remove by blotting.

What wasn’t so obvious back then, according to Buzzfeed, was that the company behind the study is also a manufacturer of paper towels — the very tool you use to blot your pizza to begin with.

So while the paper towel manufacturing companies might have some motivation to get you to blot your grease-topped pizza, there still seems to be some truth behind this practice. If eating pizza is a rare treat for you, it might be best not to hold back. Go ahead, devour that slice, extra grease and all. But if you like to eat pizza at least once a week — or maybe even more often — perhaps blotting it will make you feel less guilty about your pizza ritual. And we can understand that.

You’ve got to have a slice, that’s a given. With all of this controversy, if you haven’t already decided you’re going to at least eat that slice of pizza — grease blotted or not — then we have a long way to go.

Before you start downing extra calories thinking that you’ve beat the system because you’re avoiding pizza grease, let’s put all of this newfound information in perspective. When you think about the calories you could be saving from degreasing one slice of pizza, the calories you’ve got on the side equal a Hershey kiss, a few M&Ms or a couple of other sweets you might have been hoping to add to your diet for the day.

So you could load up on those additional goodies, or you could bank the calorie loss, pat yourself on the back, and be proud of the calories you didn’t consume, all while still enjoying your favorite slice of pizza.

Now go share this information with your friends and see if they can help contribute to your ongoing battle to decide whether to blot or not to blot. Then eventually get around to just enjoying that pizza.