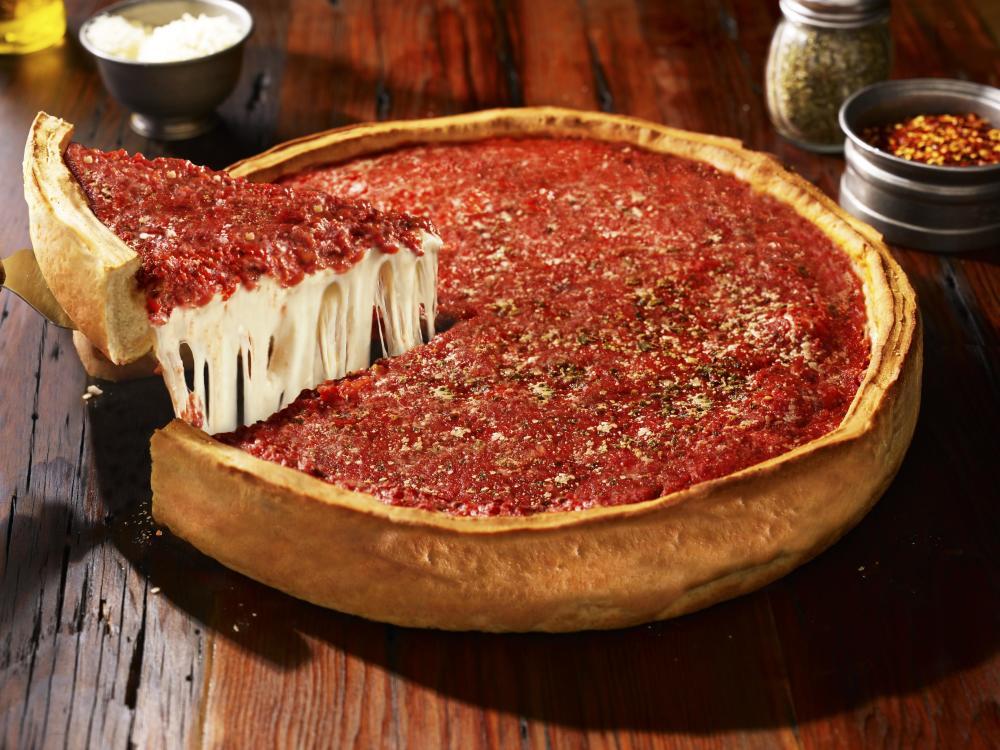 Tired of lackluster pizzas that taste about as exciting as they look? Discover the stuffed, deep dish pie only available at Giordano’s pizza shop in Broadway, Denver, CO.

How do we satisfy cravings with such consistency? It’s all in the culinary artistry that happens behind the scenes.

Our pies start with fresh, wholesome ingredients handcrafted based on Old World recipes and traditions. After lovingly assembling every pizza, we allow them to cook slowly in our ovens. The result is a marriage of tempting textures and mouthwatering flavors that’ll leave you coming back for more.

Pizza. Salads. Starters. Sandwiches. Beer. Wine. Yes, you can have it all when you order from Giordano’s.

Funky, eclectic and chic — that’s the only way to describe the Broadway neighborhood in south Denver.

The area has always had an artistic vibe, which draws plenty of people to live, work and visit here. Known for its bistros, pubs, coffee shops and culinary hangouts, South Broadway is as walkable as it is exciting.

Ironically, the southern Denver area first earned its reputation as a transportation hub for the state’s capital. However, it wasn’t long before people realized the area has tons more to offer than just business connections.

Today, Broadway has become a shining beacon and magnificent feather in Denver’s cap. Whenever you stop by, be sure to pay a visit to Giordano’s.

What to Do When Visiting South Broadway in Denver

Looking for cool activities in the Broadway region? Check out some of these must-see places:

Taste a Slice of Deep Dish Pizza in Broadway, Denver

Chicago comes to Denver, pie-style! No need to travel from the spirited South Broadway area to the Windy City for deep dish delicacies. We’ve brought delicious ingredients served up the Old World way right to your community.

Let Giordano’s wow you tonight. Order pizza online or stop by our Broadway location for a fresh, fantastic, famous feast you can’t get anywhere else.