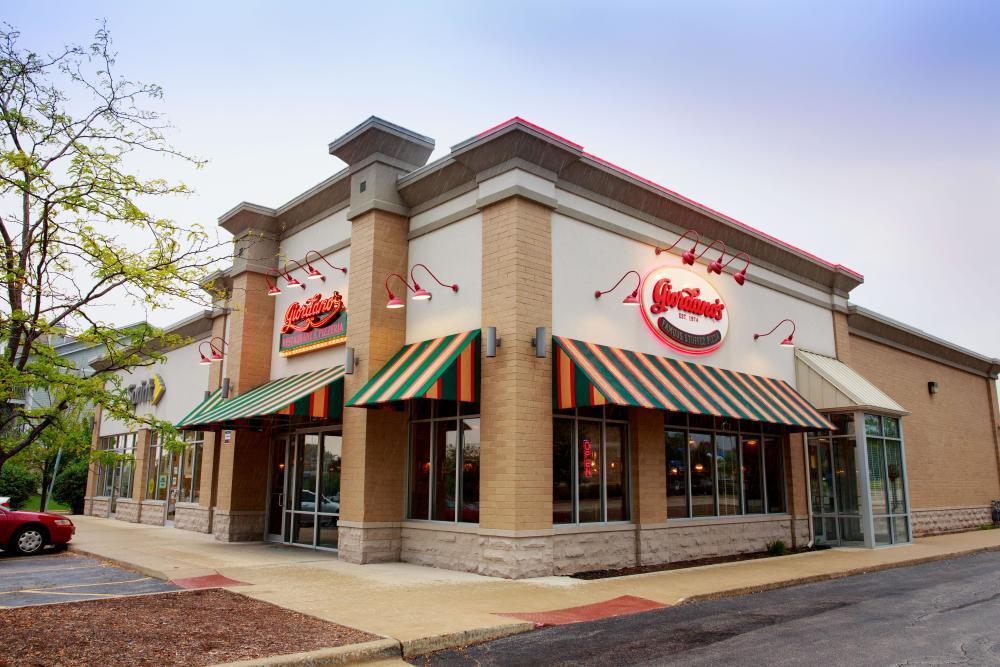 The ripest, reddest tomatoes. The freshest, most carefully chosen ingredients. A pie-like crust assembled by true pizza artisans that will make you think you died and went to heaven. That’s Giordano’s! You don’t have to travel into the city to get a handcrafted Giordano’s pizza pie. Visit our Addison location instead, where we have a full dining room and a delicious selection of beer and wine.

Our Giordano's location in Addison, IL, is proud to serve the best Chicago-style pizza around. You don't have to drive into the city to get a great pie. We love being a part of this community and seeing everything it has to offer the people who live here.

During its early years, Addison was home to around 200 people, and the Lutheran Church had a training school and homes for orphaned and troubled children in the late 1800s. A festival held at the orphanage drew large crowds and helped get railroad tracks laid nearby.

The village remained a relatively small rural community until the mid-1950s. Then, increased housing development caused Addison's population to rise from 813 in 1950 to 35,914 in 2000. The Addison Industrial Commission was formed in the 1960s, and by 1987 the village's industrial area had more than 1000 businesses. Today, Addison is home to more than 36,000 people.

It's easy to find something fun to do around Addison. Whatever your family likes to do, any activity you pick is sure to be a good time spent together. Consider visiting one of these local attractions on your family's next adventure:

There are tons of great eats in Addison. Whether you're in the mood for comfort food or to try something different, you have plenty of places to choose from. When you are in the mood for delicious deep dish pizza in Addison, IL, visit us at Giordano's! We can't wait to see you.

For more than 40 years, Giordano’s has crafted the best deep dish pizza in the world. We’re more than a restaurant — we’re an experience that’s become a cherished Chicago tradition for locals and visitors alike. Now you can get the old world heritage and famous taste of the best pizza place in Chicago right in your Addison home. Your Stuffed Pizza, Your Way At Giordano’s, pizza is so much more than crust + toppings + cheese. We build every pizza we make with the expertise and care that only 6 trained craftsmen can provide. With the flakiest dough, layer upon layer of your carefully chosen toppings, and the fluffiest Wisconsin mozzarella you’ve every seen, you’ll see why we’re the best pizza delivery and restaurant in Addison! Not in the mood for one of our world-famous stuffed pizza pies? Try our flavorful pastas, fresh salads, mouth-watering sandwiches or zesty appetizers. We even have gluten-free options in every location!